There are two things that come to mind when photographing animals. The first is you have to know the animal's behaviour. Without knowing the predictability of the animal being photographed you're bound to miss a lot of photos. The second and most important thing to possess is a sense of patience, as without this key trait you'll simply give up and go home.

Once you've mastered these two things, the next step to becoming a wildlife photographer involves knowing how to use your camera equipment. In this article we list some of the basic camera settings you can use with your X-Series camera that will help you achieve your next award winning wildlife image. Just remember, to be successful you'll need to at least have some understanding of what was mentioned at the beginning of this article. 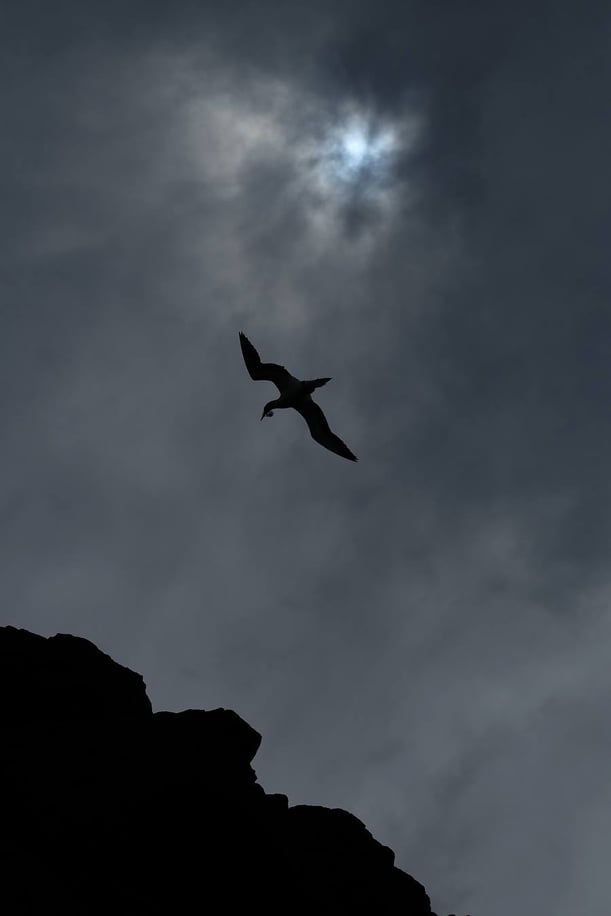 Bird in Flight by Leigh Diprose

Animals are very wary of humans and it's for this reason that a lot of wildlife photographers use long telephoto lenses. When it comes to X-Series lenses the current telephoto lenses available include the XF55-200mm F3.5-4.8 R LM OIS and the XF50-140mm F2.8 R LM OIS WR. It's worth mentioning in 2016 there will be a longer telephoto released (XF100-400mm), however for the time being the best focal length to use is the longest. Therefore we would recommend using the XF55-200mm as this lens will allow you to get much closer without disturbing the animal you're photographing.

When you're trying to photograph a moving subject that's unpredictable, it is essential to have a fast and accurate focus system. With Fujifilm's new continuous zone focus system, (currently found on the X-T1 and X-T10) photographers have the ability to track subjects by utilising phase detection pixels found on the cameras sensor. To set the zone focus system all you need to do is switch the focus mode to 'C' for Continuous and then select 'Zone' as your focus area through the camera menu. You will then have the option to choose a 3x3, 5x3 or 5x5 focus grid from a 77 point auto focus area. It's recommend to choose a 5x5 grid if you have a large subject to track (an elephant for example), whereas if trying to capture images of a smaller animal we would recommend choosing either the 3x3 or 5x3 focus grid.

Use A Fast Memory Card

Not many people think of purchasing a memory card that will sync with the performance of their camera. Typically people may purchase the cheapest memory card available and in most cases this isn't the most appropriate choice. If photographing wildlife, it's recommended that you choose a capable memory card that has a fast read/write speed. It's important to use a high speed memory card as the majority of X-Series cameras have a fast continuous shooting mode, as opposed to a slow memory card resulting in the camera taking a much longer time processing images between photos and this will ultimately lead to lost photo opportunities.

Depending on the X-Series camera you use, we would recommend one of two memory cards. The first card we would recommend is the UHS-II Memory card. This fast card would best suit the X-T1 as its able to handle the continuous shooting at 8 frames per second due to it's fast read/write speed. The UHS-II card is slightly different to most, instead of having one row of electronic pins on the back of the memory card, the UHS-II memory card contains two row of pins. The advantage of this feature is the card is able to read and write your images at the same time. When you compare the faster UHS-II memory card at 280MB/second with the slower UHS-I at 95MB/second the speed is roughly 35% quicker. This is one of the advantages of the X-T1 over the X-T10 as the X-T1 is compatible with UHS-II memory cards, whereas when its used with the X-T10 the card will operate at a slower speed.

Get The Right Exposure

Your exposure can either make or break an image and it's important to note that animals come in many shapes, forms with many different colours. As you capture different species in different environments you'll quickly gain an understanding of what settings work for each animal based on the colour of their hide, fur, feathers or scales. The situations you find yourself in can sometimes be a nightmare for your cameras exposure as conflicting contrasts of black and white can sometimes trick your cameras metering system.

Before you go out and photograph you have to ask yourself what makes a great wildlife image? Typically speaking it's about capturing the emotion of the animal. Emotion is mainly shown through the animal's eyes and knowing this can greatly improve your chances at capturing the perfect wildlife image with correct exposure. For this reason we recommend changing your exposure setting from Multi Metering to Spot Metering. By doing this you'll tell the camera to expose on a small area (typically your focus area), which in most cases will be focused on the eye of the animal.

Tip: In your X-Series camera menu make sure you turn on "Interlock Spot AE & Focus Area" as this will sync the spot metering with whatever focus point you have selected. If you own a X-T10 follow these instructions to turn on the setting (the menu will be slightly different for other X-Series Cameras). 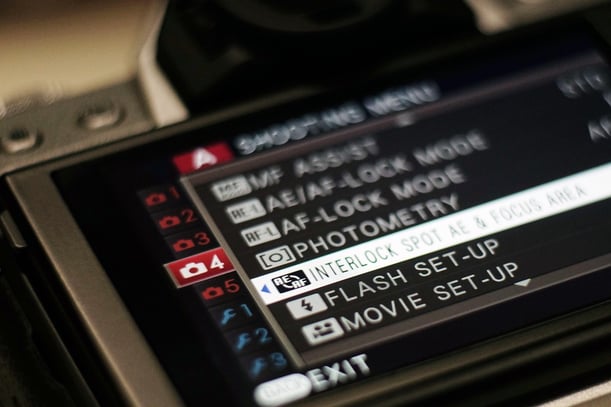 Whether you find yourself in Africa, Europe, US or Australia you are bound to come across some fast moving animals. If you're pointing the lens at one it's important to capture a sharp, blur free image. Motion blur is a photographic technique, however if you look at a lot of wildlife images you'll find they will have one thing in common and that's sharpness. Freezing a moment in time is something that a lot of wildlife photographers strive towards. To achieve the same outcome, we recommend changing your camera to shutter priority or manual mode.

As a general rule of thumb if you want to capture birds in flight or an animal running we would recommend using a technique called panning. Panning achieves a blurry background that portrays movement, while the animal or object you're photographing stays sharp. This does take some practice, however the technique is simple - all you need to do is keep your camera and lens pointed at the animal from the moment you start focusing till after you have taken the photo. This continual tracking 'panning' technique is a desired result when it comes to wildlife photography.

It's a simple tip, but many photographers lack the experience when it comes to this one. When you look through the viewfinder try keeping both eyes open. The reason- it's very important to keep an eye on your subjects surroundings. You never know when another animal might come into frame to cause some rivalry or commotion and you want to make sure you're ready to capture it as these moments are generally the ones you want to hang on the wall. 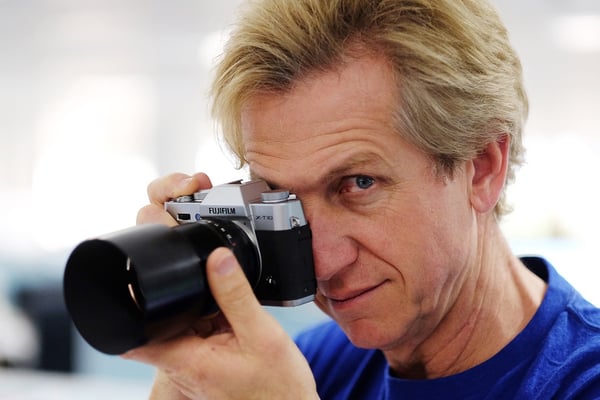 Here's a tip: Extend your vision to utilise the reflection of the back of the LCD screen while you look through the viewfinder. Fujifilm Australia's X-Series Specialist Leigh Diprose, finds this 'reflective vision' technique to be most helpful when photographing active groups of animals as it provides a clear way of seeing what's happening behind him, while he's capturing what's happening in front of him. We encourage you to use 'reflective vision' when you're out next time!

There's plenty more advice we could give on wildlife photography with X-Series cameras, but we'll leave you with one of the most important tips...

Without practice you're bound to fail. Start by heading out to your local park and look for some birds as they offer a fantastic opportunity to hone your panning and tracking skills as they move quickly through the air.

If you follow all of the above advice and keep your eyes open you're bound to come up with some spectacular images that could see you becoming the next National Geographic featured photographer. Good luck and happy photographing!