An Interview with Graeme Ditterich by Leigh Diprose 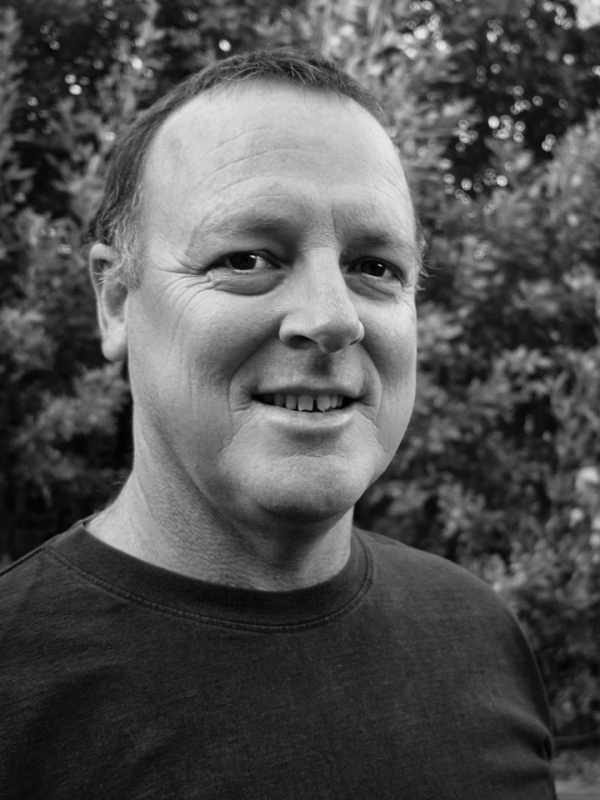 Can you tell us a little bit about yourself and why you got involved with photography?

This is an interesting question for me. I’ve never really stopped to think about why I got involved in photography and comparing roaming about with a camera with other things I’ve done, it’s  quite a different pace. I grew up in rural Victoria and was into all of the outdoor activities available to me. I couldn’t sit still for long and was always out on my pushbike with friends doing stupid things, this progressed to doing stupid things on offroad motorbikes, four wheel drives and racing road bikes.

After school I did a traineeship as a draftsman and eventually moved to Western Australia where I met my wife and we had two great kids. After a bit of travelling around Australia we returned to WA and have been living in the North West for most of the last 15 years.

During Highschool we had activity afternoons and everyone would choose from the different options which ran for a few weeks. Somehow I found myself in the photography group using the schools SLR camera, processing the film and printing in the little darkroom they had. This is probably where my interest in photography was sparked. I remember enjoying the process and seeing an image I created appearing on the print.

How long have you been taking photos?

As I mentioned I had a taste of photography in Highschool which was only about 30 something years ago. From time to time after that I thought about getting a decent camera and trying my hand, but not knowing how to properly use one and the cost of processing film while I learnt put me off.

I remember walking past camera stores and looking at the expensive digital cameras and talking to friends about how I’m looking forward to the day they were more affordable. Eventually in 2002, I bought a little Canon G3 and I enjoyed playing around with that for a little while but in the end it was only really used for family happy snaps. It wasn’t until 2007 when we had a Holiday in Malaysia that I bought a DSLR and photography started to slowly became more and more of a serious hobby. 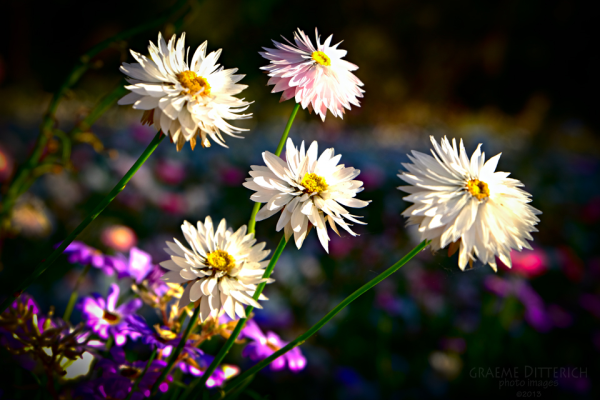 Can you tell us what your favourite subject is to photograph and why?

Landscapes are my favourite but I also enjoy a bit of sports photography. Mostly motocross and BMX because they are sports I understand and enjoy. I like how landscape photography encourages me to travel and explore areas I probably wouldn’t go to otherwise and it also gets me to slow down and smell the roses while waiting for the light or just cruising around looking for a shot. I also like how unlike people, rocks and trees will sit there patiently while I fiddle around with compositions and camera settings or search for the lens cap I’ve misplaced again. 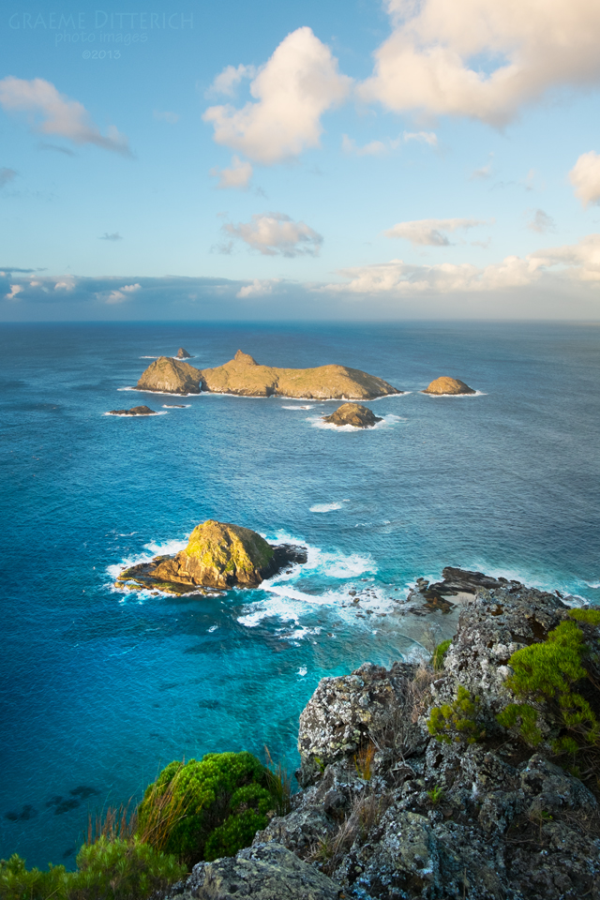 Why did you end up purchasing a Fujifilm X-M1 over all the other cameras out there?

I had been thinking of upgrading my DSLR but that was going to mean also replacing a couple of lenses, so I would have spent quite a few dollars for something not all that different to what I already had. At the same time quite a few of the photographers that I look up to were talking about the X series cameras and in particular the X-M1, so that got me interested in the Fujifilm range. I did the usual Internet research and what I was reading reinforced that I was on the right path. I really liked the idea of having a small, light camera that could produce quality images. 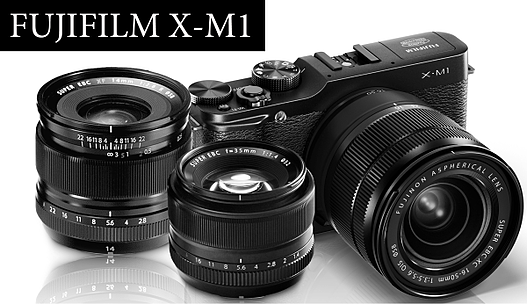 I nearly waited around for the X-E2 to be available but once I was able to get to the city and hold an X-M1 I realised that would be perfect for how I was expecting to use the camera. I’m long sighted and was worried about needing my reading glasses with the X-M1, while with the X-E2 I could use the Dioptre adjustment on the view finder and get away without needing them. Once I was able to hold the X-M1 I saw that most of the time I’d be fine without my glasses, the rear display is very good and the controls are easy to get used to …and to be honest I was a little impatient and didn’t want to wait for the X-E2 to come out.

Where do you feel your photographic inspiration comes from?

First off I’m shooting subjects I enjoy so that motivates me to try and do justice to the scene, but inspiration on how to go about doing that comes from looking at all sorts of photographers work. I spend a lot of time using the internet to check out what everyone’s doing.  Being around skilled people you respect helps lift your game in any activity and somehow I’ve also managed to find myself in a little facebook network of some very talented photographers where we share and critique our images. They keep me honest and let me know when I’ve done a lousy job, hopefully it’s working and I’m getting dragged up closer to their level. 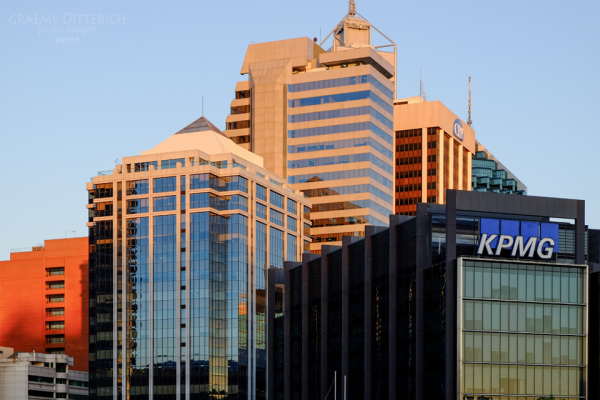 If you could travel anywhere in the world to take a photo, where would it be and why?

Some of the photographers I follow have been sharing their images from Iceland recently. It looks like an absolutely epic place.  My wife’s not too interested in holidaying in Iceland though so it’s not likely I’ll be going there anytime soon. New Zealand or Canada would be great too. I guess all of these places are quite different to where I live in the Pilbara, Western Australia. We don’t have the huge snow covered mountains or the autumn colors.

Is there a particular setting or feature on the Fujifilm X-M1 which you can't do without?

There’s plenty I like about the X-M1 but to choose a particular setting or feature it would have to be the tilt screen, it makes it so easy to get different perspectives without needing something to stand on or having to lay in the dirt. I’ve been using Auto ISO set to Max 1600 so I can shoot handheld. The tilt screen and handheld mean I can quickly frame up and take a shot and then move around and try different angles and compositions. 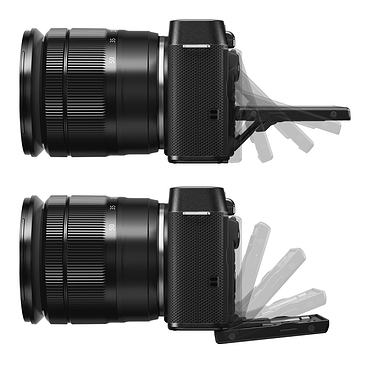 Once you have taken your photos do you use any post processing software?

I always shoot in RAW so run all of my photos through Adobe Lightroom and for images that I want to get more serious with I’ll do the basics in Lightroom and then finish them off in Photoshop. I find processing images really satisfying, taking a flat RAW file and massaging it to convey a feeling or help to direct people’s eyes to what it was that made me stop and take the photo in the first place. Having said that the jpgs out of the X-M1 look really nice and for some photos I’ll probably start using them rather than RAW.

I understand you attended a photography workshop with the X-M1, can you tell us a little bit about the course like where you went and what you learned?

That was a great few days. Myself and a dozen others went to Lord Howe Island with the ND5 group of Peter Eastway, Christian Fletcher, Michael Fletcher, Tony Hewitt and Les Walkling. We’d be up before the sun each morning and head off for a shoot, come back for breakfast, work on our images, spend some time talking about photography, go out for an afternoon shoot and then get up and do it all over again the next day. Rather than running the Lord Howe trip as a typical workshop it was more structured as an opportunity to work alongside the ND5 team, five of the best in their field. Even though it wasn’t run with a classroom feel there was still plenty of tutoring and guidance provided, each one of these guys is a wealth of knowledge so you can imagine what it’s like having all five of them together. 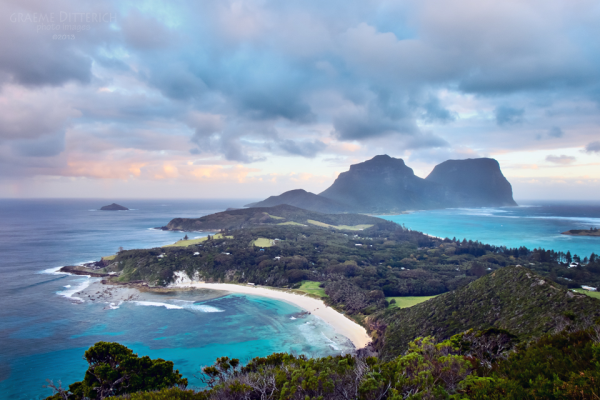 Obviously I learnt some more of the mechanics of photography, more photoshop techniques and camera skills but what I really enjoyed was seeing how everyone interpreted each of the locations we went to. I think it was Les Walkling who was talking about the memory bank of images that we build up and use, so when we get to a location we can call on them to help find and recognise the images we want to make.

This trip was a massive injection into my memory bank of images. It was especially interesting seeing the work the ND5 team were producing from the same locations that I was standing at, the way they could see shots and visualise how they will work them up in processing afterwards. Proper art and something to aspire to.

Do you feel your photography has changed for the better after being a Fujifilm X-Series owner?

For sure, using the X-M1 has introduced more fun into the way I shoot. I’m still using the DSLR for my slow deliberate landscape shooting but the X-M1 encourages me to shoot more freely. When I was researching, words like “liberating”, “freedom” and “easy” were used in the reviews and I understand what they meant now.

At the Lord Howe Island trip I had the 7kgs of DSLR equipment in my backpack as we were walking in to locations but I would have the X-M1 hanging around my neck. More of the standard tourist look instead of the photography geek look, but it also meant I could quickly grab stills and shoot video on the way. I got plenty of keeper photos and video that I wouldn’t have shot if I didn’t have the little Fujifilm camera with me.

Would you recommend the Fujifilm X-Series cameras like your X-M1 to other photographers? If so what do you feel is the best thing about them?

I already have been recommending the X-Series to friends. It’s such a flexible camera, it’s got the image quality and features to keep the serious photography enthusiasts happy and it’s easy to use and light for the happy snappers to use on holidays or for family photos.