In this special series of interviews Fujifilm Australia catches up with camera retailers in Sydney's CBD to find out what their experience is with X-Series cameras. In this interview, Matthew Paxton from Paxtons Photographics explains why he uses the Fujifilm X-T1.

Fujifilm: Who is Matthew Paxton?

Fujifilm: What's your photography journey been along the way?

Matthew Paxton: I never really picked up a camera until I finished school, which was weird considering I have been surrounded by cameras. It turns out I bought a digital SLR at the end of high school. I knew nothing about photography, at the time I thought I wanted to buy something to grow into it so I could learn more. I didn't really have any idea what I was doing. In the end I got quite addicted and started working in camera shops. It's a natural trend when you work in a camera shop, you're around cameras and photography just became a hobby and an everyday thing I like to do. I find it's quite relaxing. 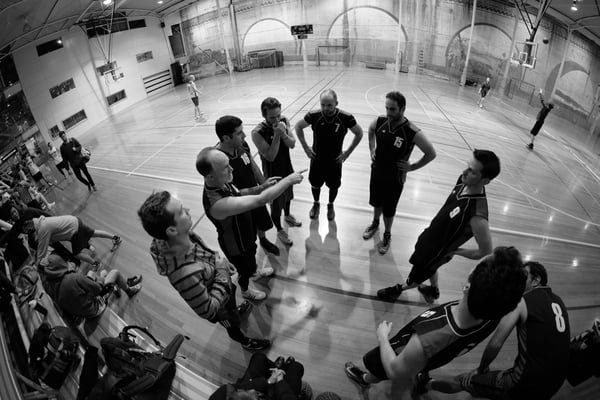 Fujifilm: You have your X-T1 sitting in front of you. Can you talk to us about your experience with the camera?

Matthew Paxton: I went through a rigorous camera choosing process. I was using a much larger camera for a fair period. I went for a trip to New York and I wanted something that was like a companion and that I could take everywhere with me. At the time, I was getting influenced by street photography. I saw some photographers out there using the X-T1 and after seeing their images, I really liked the results straight out of camera. 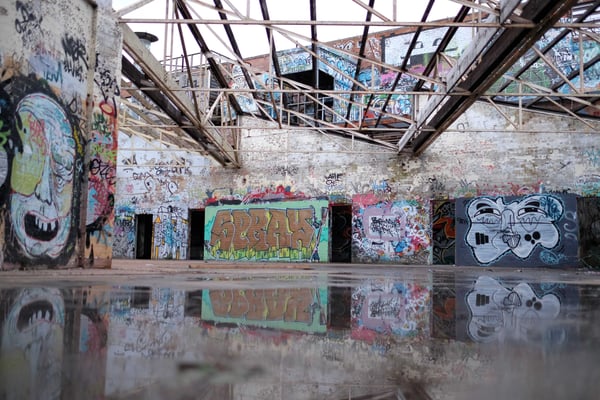 I like the grip, design and overall tactile feel. The camera offers direct access to shooting in manual modes. One of the features I also really love is the automatic ISO mode that's built into the camera. I like it because I can focus much more on my composition. I just have to set my base ISO and my high ISO with minimum shutter speed.  The end result, I can set the camera up to blur as little or as much as I want. If I want to avoid blur I can set the camera up to do that. It's great because I hang out with creative people that typically don't know photography, but they have a great eye. If I can have the camera set up for them and they can just pick it up anytime the camera is around I basically know if I'm set to my automatic modes I can start teaching someone how to use the camera pretty quickly. I know if I'm in that mode they're not going to get a bad shot.

Fujifilm: You've obviously taken a few photos over the years, can you tell us your favourite image you've taken using a X Series camera?

Matthew Paxton: I took a trip down to Melbourne with some friends to see a band and when we arrived I was really excited to see Melbourne's graffiti filled lane ways. I had my X-T1 and XF56mm F1.2 with me for the first time and fortunately my friend that was with me could easily pass as a model. When I saw a man hole cover on the ground I asked my friend to stand on it so I could take a shot. I put the camera up to my eye and saw the alleyway full of colour. The clothes my friend was wearing at the time really stood out against the grey street, so the end result was a great shot that was very easy to take. 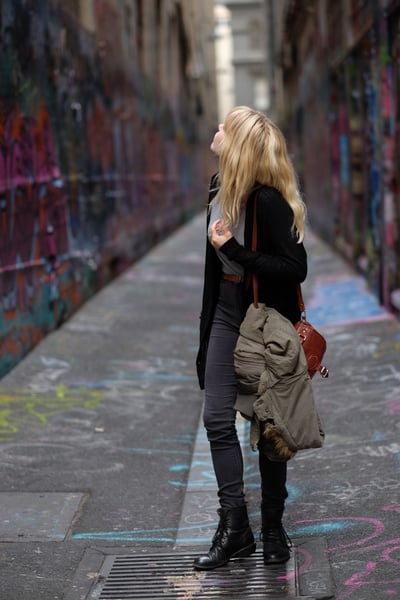 Fujifilm: Why would you recommend a Fujifilm camera to someone starting out in photography?

The second thing is you don't get colour noise with Fujifilm. I was using film cameras for a while and if you compare the images to that and then go and look at what you are getting out of the Fujifilm camera, its just as pleasing to the eye. I think film has that natural punch to it and I think Fujifilm has really nailed that.

Fujiflm: What's your favourite XF lens to use and why?

Matthew Paxton: I've gone through all the wide angle primes apart from the XF16mm F1.4. I started with the XF23mm and was astounded. If I'm purely going for image quality, the XF23mm F1.4 would definitely be it. It suits my shooting style and the bokeh from that lens is just as nice as the sharp areas. I can use the XF23mm to photograph anything really.

If I was to have another lens that was my go to, it's probably the XF27mm F2.8 Pancake lens, just because I roughly get the same angle of view as the XF23mm F1.4. I can be a lot more discreet with the combination and can easily carry around the XF27mm F2.8 on my shoulder without any strain. If I was doing that with a digital SLR body, the size and weight would be a huge disadvantage. I've just fallen in love with the design of the Fujifilm X Series cameras.

Fujifilm: What future feature would you like to see on a X-Series Camera?

Matthew Paxton: It would be great to see an upgrade in video to see it more comparable to the rest of the market. I wouldn't be buying this camera purely for video use though, it's great to have it there as an add on feature, but purely in my opinion this camera is the best in the market when it comes to image quality when compared against competitor models.

I would also like to see an improvement in the flicker rate when photographing under fluorescent lights.