In this special series of interviews Fujifilm Australia sat down with a group of camera retailers in Sydney's CBD to find out what their experience was with X-Series cameras. In this interview, Adrian Tan from Georges Cameras discusses why he uses the Fujifilm X100S as his personal camera and how he started his photography journey.

Fujifilm: Who is Adrian Tan?

Adrian Tan: I'm a Londoner who lived in Japan in my twenties and came to Australia in my thirties. London was where I was born and raised, I studied design in the UK, so I guess photography was a must because you had to have a camera to document your work. I went to Japan because I wanted to travel, having a degree meant I could teach English and in Japan is was quite a respected job. So I did that for about six to seven years and I guess again, photography was always there because in Japan or anywhere really you just want to take photos. Back then I had little pocket cameras - anything that was affordable or new. I mean back then in 2004 digital photography was kind of kicking off. I think a little pocket camera would have still cost you around $500 for around 3 Megapixels, so it was between around 2008 to 2010 that the digital camera industry went 'boom'. You could get a camera for about $200 to $300 dollars and a SLR for about $5,000 to $7,000 - you had so much choice.

So, before I left I bought a SLR, even though there was so much choice it only cost around $2,000 back then. I came to Australia just to travel to see what else there was in life. I did want to do photography as a profession and when I came here I couldn't really find much work. I did the odd job for some mates, but nothing consistent and then after moving around for three months changing houses lugging my gear around I ended up not using it as much. That's when I thought that I would sell it due to its size because I wasn't using it as much and travel instead. That decision then lead me to look for a new smaller camera. 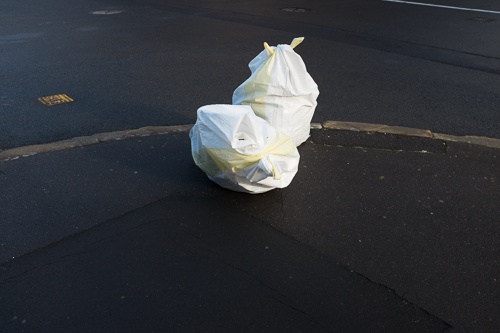 Fujifilm: As you now work at Georges Cameras you have quite a few photographers around you who use different types of gear. What made you choose the X100 series over a competitor's model?

Adrian Tan: For starters I didn't end up buying an expensive camera, because if I was going to spend $10,000 on a camera, you would probably want to look after it - you don't drive your Ferrari to work, its one of those things. The reason I didn't go for the 'popular brand' choices was because when working in a camera shop you just get bombarded with it all day long. I wanted something different. You could say we sell a lot of Fujifilm, but it's something different. I won't get the question of which is better? Most people coming to Fujifilm have already done their research about it - they're pretty clued up, which is why I like it because it sells itself. I don't need to talk too much about it, I can teach them how to use it, but they all know the sensors and philosophy behind it. I guess that's why I like it because I can just pick it up and go and not think this reminds me of so and so customer when I push this button. It's a good get away! 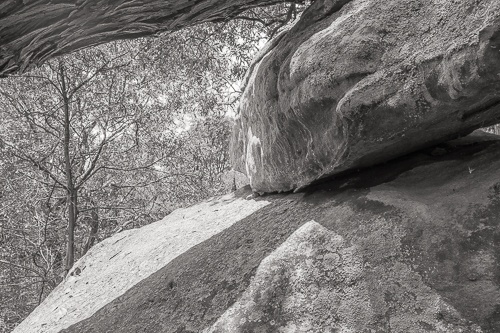 Fujifilm: Are there any stand out features for you that you like about the X100S or the X100T?

Adrian Tan: The key thing that has stayed from the original X100 is the click apertures. This is one selling point that stands out. You can kind of remember where the aperture ring is. It's like when you're driving stick, you know when it's in whatever gear. It's exactly the same when I turn the exposure compensation dial, I can turn the dial all the way and know that I'm at +3. It does take time to learn where everything is and what each setting does. All the other cameras out there don't have marks on the settings or have the 'manual clicks' that the Fujifilm has, on all the other cameras you can keep turning the dial to infinity and you don't know where you are, which leads to constantly looking at the screen when you should be looking out 'there'.

Adrian Tan: Well I shoot a lot of black and white so when it comes down to it I look for a lot of geometric shapes and lines that have contrast. Lighting is also important, so I have to go out at the right time. Cloudy days don't really work too well for me. I know a lot of people say you shouldn't shoot at lunch time or whatever it is because the sun is at the highest point, I really like it though because the shadows are really hard, so it boosts the contrast up. When it comes to general walk around photography I like a lot of colour, especially complementary colours.

Fujifilm: If you were to put a feature on a X100 series camera what would it be and why?

Adrian Tan: Probably as it's a rangefinder inspired it would be a depth of field scale on the lens. I know that it's on the screen, but myself and some other photographers who use Fujifilm don't want to rely too much on the screen. They want to look at it on the lens. I think that the X-T1, those series with the XF lenses have a depth of scale on some of the lenses, so you can see what you're doing without having to look at the LCD screen.