Fujifilm on Show to the World at Drupa 2016 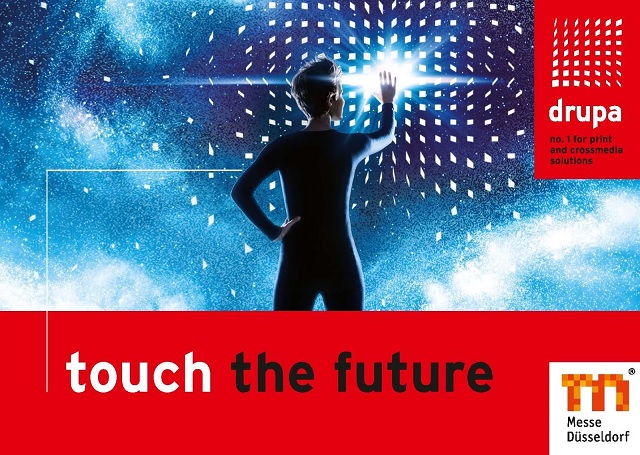 Previous blogs have referred to the upcoming graphic arts trade expo, drupa 2016, to be held in Düsseldorf, Germany May 31 to June 10—yes, 11 days of show, seminars, sharing and socialising!

Why does drupa occupy such a prominent position in the minds of the printing, packaging, publishing and overall graphic arts industry? Other major international printing shows—Japan’s IGAS, the USA’s PRINT, China’s All In Print and ChinaPrint, the UK’s IPEX, Australia’s PacPrint plus numerous other regional events—also have high profiles but none come close to a drupa (from “druck und papier” in German, or print and paper in English), in capturing the essence, scale and future of print-related technologies.

Perhaps it is because of Germany’s strong print heritage going back to the invention of modern moveable-type printing by Gutenberg in the 15th century? Or maybe the United States’ Marshall Plan, the post-World War II economic stimulus program that pumped billions of dollars into peacetime German industries to aid recovery. For printing, this resulted in the first drupa trade fair in 1951, mostly showcasing German-made engineering. Since then, 16 drupas (every three to five years) have been staged with the show becoming increasingly internationalised as the whole town of Düsseldorf comes alive as “Print City.”

Or, perhaps it’s simply because it’s a great show, impeccably structured and organised, with everyone who is anyone in print technology exhibiting there over 19 huge halls at the Messe Düsseldorf complex and more than 300,000 people from the worldwide industry attending?

At this drupa, Fujifilm will host the largest exhibit area in the company’s history, embracing the show’s own theme of “Touch the Future” and delivering on its own promise of “Value from Innovation.”

Perhaps no other exhibiting company at drupa 2016 will have such a far-reaching product spread for the graphic arts than Fujifilm. This is largely because Fujifilm retains a firm foothold in conventional imaging technologies such as offset litho, screen process and flexography, while also being a driving force in digital imaging with software workflows, colour management, digital presses on both web and sheetfed, wide-format inkjet machines for rigid and roll media up to 5 metres wide and, most importantly, specialised inks optimised for inkjetted applications.

Fujifilm’s spread is not limited to its main 2,020-square-metre exhibit in Hall 8b at the north end of the drupa complex, where most of the digital technologies can be found. In Hall 1, occupied exclusively by development partner Heidelberg Druckmaschinen AG and its subsidiaries, Fujifilm has an area in support of its close partnership with the world’s biggest press manufacturer. This includes the launch of Heidelberg’s Primefire 106 B1-size digital press, powered by Fujifilm Dimatix Samba inkjet printheads and Fujifilm aqueous pigmented inks.

If you’re visiting drupa 2016, there will be a zone on the Fujifilm stand for you. They are:

It’s a long 24-hour flight for Australians and New Zealanders to get to drupa 2016, with several time-zone shifts. It’s always good to hook up with some local friendly faces and there is no better place to do this than at the Fujifilm booths in Hall 8b.

The best way is to drop an email to Lindsay Barnes, Australian General Manager, Graphic Systems, and make an appointment to meet up. Lindsay and his sales team will be there for most of drupa 2016, so stop by for a chat and a guided stand tour then take the weight off your feet with a refreshment and some Fujifilm hospitality while you’re there! Email lucy.watson@fujifilm.com.au to reserve your spot today!