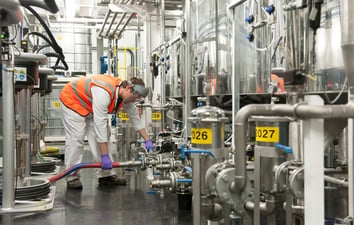 As a Nikkei-listed major corporation in Japan, Fujifilm is a passionate supporter of environmentally-positive initiatives from the top down. Overall, the company puts words into action on a raft of measures designed to ‘enhance the quality of life for people worldwide.'

The company unequivocally supports the Sustainable Development Goals (SDGs) adopted in September 2015 by the UN General Assembly and the Paris Agreement at COP21 of the United Nations Framework Convention on Climate Change (UNFCCC).

As reported by Chairman and CEO Shigetaka Komori in his 2016 address: “Despite our production output exceeding that of the base year of 2005, CO2 emissions for the entire group in FY2015 have reduced 560,000 tonnes (down 11%) over the base year, achieving the FY2016 target of 10% reduction a year earlier. The figures are the results of the group-wide efforts to promote energy conservation measures, use of the in-house co-generation system in Japan, use of renewable energies in overseas operations and continual energy-saving activities at our production sites.”

An outstanding example of this philosophy is found at Fujifilm’s offset plate manufacturing plant at Tilburg, the Netherlands. While significant R&D resources have been directed into the development of printing plates that use the minimum amount of chemistry – or no chemistry at all with Superia ZD plates - and therefore have minimal impact on the environment; the Tilburg factory itself is a global example of green manufacturing.

Our own wind farm

The Tilburg site itself achieved ISO 14001 certification in 1997 and has been implementing sustainability improvements every year. The ultimate aim of the site is to be 100% CO2 neutral in everything it does, and this objective has resulted in a number of significant investments, including its own wind-farm, completed in 2011. This five-turbine renewable energy resource generates approximately 20% of the total energy used on the 63-hectare site and represents a reduction of 12,000 tonnes of CO2 emissions per year. The rest of Tilburg’s electricity needs are also wind-generated from the grid.

Another emission-saving initiative at Tilburg is the Co-generative Thermal Oxidiser (CTO). Put simply, this takes all of the gases and waste solvents from the plate manufacturing process and uses them as fuel to generate steam which then generates electricity and hot water. This helps reduce CO2 emissions by a further 5,500 tonnes per year. All is recycled and purified.

With these and other sustainability measures in place, Fujifilm Tilburg estimates that it currently reuses 13% of the waste it produces, recycles 68%, regenerates 18% and so is left with less than 1% of the total site waste to dispose of. At the three other Fujifilm plate factories: Greenwood USA, Suzhou China Yoshida-Minami Japan; every opportunity is taken to reduce CO2 emissions and to recycle waste. At Greenwood, landfill-generated methane gas is used for electricity generation, with the goal of using this method for 40% of the plant’s energy needs. 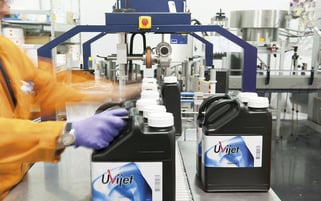 The recent UL Greenguard accreditation of 14 Fujifilm Uvijet inks used in wide format sign, POP and display applications is another boost to the company’s environmental achievements.

Fujifilm Uvijet UV inks for wide-format inkjet printers are , low emission inks that produce vibrant, imagery. As Mike Battersby, Marketing Manager at Fujifilm Global Graphic Systems, based in the UK, explains: “There is increasing demand for healthier products and working environments across many industries, and regulations are changing as a result. We take great pride in seeing fourteen of our Uvijet inks by UL Greenguard for their low emissions – vital credentials for those who work with them.“

Fujifilm Speciality Ink Systems is also a pioneer in the use of LED UV-curing inks where low energy, low emission LED lamps are used instead of power-hungry heat-generating metal halide UV lamps that contain mercury. This gradual shift to LED UV ink curing is also reflected in the latest addition to the Fujifilm Acuity range of printers; the LED 3200r 3.2-metre wide device which complements the existing Acuity LED 1600 1.6 printer.

The FSIS factory itself is another example of ‘green manufacturing’ with ISO 14001 accreditation and extensive use of solar panels. Furthermore, zero of waste goes to landfill. The plant annually produces approximately 652 tonnes of waste that goes for recycling, with another 296 tonnes going to energy recovery.

Fujifilm’s on-going journey towards a neutral environmental impact is a part of its corporate ‘DNA’ – with the goal to enhance the quality of people’s lives worldwide.