Reduce Chemical and Water Use with Superior Prepress Product 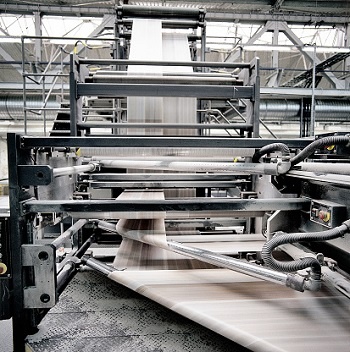 It used to be said that “50% of a printing job’s cost is in prepress, 50% paper and ink and what is left over is for the printer.”

The irony of this would not be lost on any modern offset printer, struggling against rising material costs, environmental compliance, labour costs and stiff international competition from low-cost producers.

Where prepress was once a bought-in trade service—with film separations and chemical proof delivered to printers for burning plates—today is a very much different industrial picture. Purely prepress trade shops are almost extinct, as CtP, proofing and file preparation was brought in-house and digital workflows united prepress with press operations.

It may not be 50% today, but prepress is still a major part of any offset printing job’s cost; all the more as print-run lengths shorten and frequency increases.

In recognition of the need for offset printers to save every possible cent in prepress costs, Fujifilm has launched the Superia range of solutions that cover thermal plates—both processless and processed; press chemicals and plate development systems; software and consultancy/advisory services that ensure maximum savings and minimum environmental impact.

The nett effect of the Superia program is a dramatic saving in material waste, labour costs, energy use, water use and emissions. These are far more than lofty claims, but have been proved in several case studies conducted in the lead-up to the official Superia rollout.

One such case is Sydney’s Heroprint, where Prepress Manager Brad Sampson was taken aback at the sudden reduction in chemical and water use, saying: “Immediately, we noticed a remarkable reduction in replenisher chemistry usage and this has been sustained in the first six months of using the ZAC Lo-Chem system. In tandem with this, our water usage has plummeted, and yet we are making more plates.” He is referring to the implementation of the Superia ZAC chemical metering system in the processor of his CtP line that runs Fujifilm Superia thermal plates.

Instead of pumping in replenisher calculated on an approximation of the amount of square meters of plates being made, the Superia ZAC system scans plates for actual image area, monitors the developer bath for actual versus target conductivity using the delightfully named Entropically Driven Colloidal Assembly (EDCA), and software delivers the exact amount of replenisher, rather than the typical over-dosing as a result of the estimation method. Apart from chemical and water savings, this results in far fewer service calls to clean out gummed-up processors.

Material wastage and over-use is another major area of cost overruns for offset printers. With Superia XMF workflow, screening algorithms and low energy use CtP hardware, plates made are so precise that they run up to colour with fewer waste sheets and remain consistent. Less ink is used, even though image quality appearance is better. Less paper, less ink resulting in less overall cost.

Because human “touch points” are greatly reduced, man-hours involved in producing print jobs are also commensurately reduced. Chemical and gas emissions when using the Superia system are virtually eliminated and the fount solution can be free of IPA (isopropyl alcohol), reducing VOC outgassing.

Water is a precious resource and Fujifilm’s Superia system cares for it as if it were gold dust, saving every drop wherever possible.

The entire Superia system is not a plug-and-play product that can be bought off the shelf and implemented out of the box. Every offset printer’s situation is different, so Fujifilm has introduced end-to-end expert consultancy that examines the real production environment and pinpoints where savings can be made. This particularly relates to a reduction in printing preparation time and colour management that reduces paper, ink and set-off powder waste.

Nineteenth-century department store magnate John Wanamaker famously quipped: “Half of what I spend on advertising is wasted, but I don’t know which half.”

Where prepress in offset is concerned, Fujifilm’s Superia program can work out exactly where each 50% is—and make it a much lower-cost component, to add to your bottom line. Superia simply does more, using a lot less.

To discover a new world with Superia, click here.