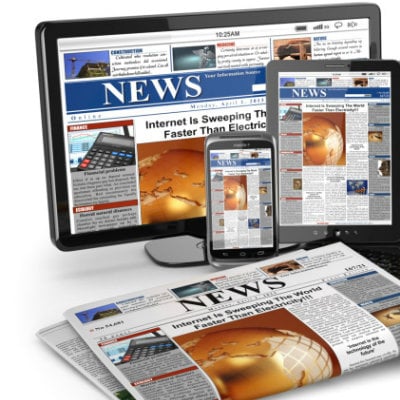 Today’s consumer never stays in one place, which is why your marketing campaigns shouldn’t either. With multichannel marketing, companies can communicate with potential customers across numerous channels—both online and off. This approach also gives consumers the chance to choose how they interact with a business, resulting in a higher rate of completed conversions.

In fact, during a research study commissioned by Google, consumers were asked to look at content on a TV set, computer, smartphone and a tablet. Of the group that viewed content through only one channel, just 50 percent recalled the brand being advertised. However, of the group that viewed content via all four channels, 74 percent were able to remember the brand name.

Need a little inspiration to get started? Here are a few examples of businesses that got multichannel marketing right to inspire you in 2015.

This British retailer has gone all in on multichannel marketing. Its brick-and-mortar stores are equipped with Browse & Order hubs where customers can browse Mark & Spencer’s Catalog or scan barcodes to learn more about an item. By bringing its web presence into its stores, Mark & Spencer’s was able to expose customers who hadn’t used their website to their extensive online catalogue. With the Browse & Order hubs, customers were able to order items not carried in the store on the spot and opt to pick them up the next day or have them delivered.

Mark & Spencer’s has even rolled out a more entertaining version of its Browse & Order hubs with the introduction of the Virtual Rail. With the Virtual Rail, customers can swipe through outfit options on 6-foot-tall screens like a virtual closet. Talk about consumer engagement!

Topshop is another British retailer that chose to integrate an online presence into its real world stores. With its “Wish Your Were At Topshop” campaign, customers were invited to enjoy free styling and makeup sessions in the store, followed by a photoshoot to create a Topshop post card using Instagram. After the shoppers had their photo taken, they were offered a print of the post card and invited to share the image on Facebook or upload it to an online Topshop gallery.

This campaign not only brought in more foot traffic to the retailer’s brick-and-mortar stores, but it also increased the brand's social media content while engaging customers. As a result, the “Wish You Were At Topshop” campaign was covered by 640 blogs, giving a potential reach of 1.3 million views. The total reach for the campaign exceeded 7.5 million potential customers.

While Twitter support is nothing new, Gatwick Airport was the first airport in Europe to offer 24-hour Twitter support in real time. That meant passengers’ comments and complaints could be addressed while they were still at the airport.

In addition to rolling out social media support, Gatwick turned construction sites during a remodel into interactive experiences for customers. Large barcodes were displayed in construction areas, and passengers were encouraged to scan them using the Stickybits app. Once the barcode was scanned, passengers were presented with a mix of images and videos depicting how the airport was being transformed, turning a nuisance into an informative and entertaining experience.