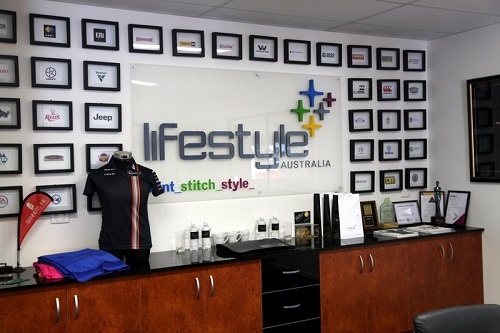 Few Australian textile and souvenir printing companies can boast such a long and progressive history as Brisbane’s Lifestyle Australia. Lifestyle started business in the far north Queensland (FNQ) city of Townsville in 1979 when Lin Petterwood commenced making T-shirts for the region’s screen printers. Then known as Townsville T-shirts, the following year Petterwood bought out a local screen printer and became the largest T-shirt printer in the tourist-rich area of FNQ.

Success followed quickly, so the business relocated to the state capital Brisbane in the 1980s and re-branded as Lifestyle Australia, distributing Australia’s largest range of printed souvenirs across the nation. By 1992, Lifestyle was growing at such a pace that it needed to install Australia’s first 12-colour screen printing carousel, followed by an automated 16-colour machine in 1999. As digital sublimation technologies improved, Lifestyle introduced this promising new process in 2004. 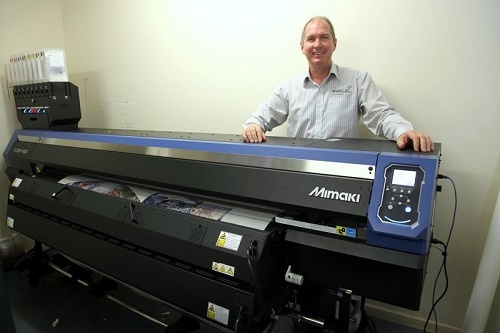 While screen process still represents a sizeable part of Lifestyle’s business, digital’s inevitable march has continued and the installation of a Mimaki dye-sub printer TS300P-1800 supplied by Fujifilm Graphic Systems has introduced high-speed wide format dye sub production with stunningly vibrant colours. The TS300P-1800 prints up to 1940mm maximum width and is capable of up to six colours: Blue, Magenta, Yellow, Black, light Blue and light Magenta. Bulk inks in 2 litre packs for uninterrupted long-run production at up to 115 sqm/hr (in draft mode), dependent upon resolution which ranges from 360dpi to 1080dpi.

Today, Lifestyle Australia is run by Lin Petterwood’s sons Brett and Anthony, whose daughters also work in the business marking three generations of Petterwoods’ involvement. It operates an environmentally-efficient 3,200 sqm production plant at Yatala, halfway between Brisbane and the Gold Coast. The product focus now includes branded merchandise of all descriptions, from eskies to baseball caps and everything in-between. Big brands such as Billabong, Castrol, City Beach, Dreamworld and V8 Supercar teams choose Lifestyle as their trusted partner.

“Fujifilm and our account manager Steve Dennis have looked after us very well,” says Anthony Petterwood, “The new Mimaki has tripled our production of polos, T-shirts and other merchandise. We’re running the C/bMYK inkset, mostly at 360 x 540dpi, bi-directionally. In 2-pass mode this delivers 80 square metres per hour and in 3-pass, 55 sqm/hr.” 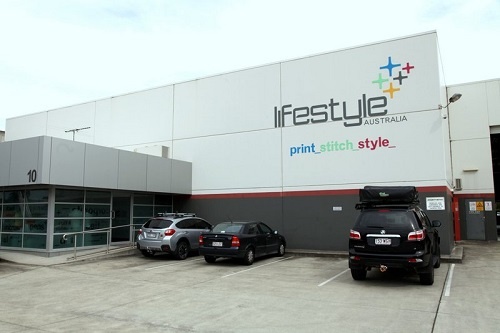 He adds: “I was familiar with Fujifilm because of their Sericol screen ink acquisition, now Fujifilm Speciality Ink Systems, and have not been disappointed in dealing with them for this digital investment. It’s enabled us to bring dye-sub back inhouse, with great support from Mimaki and Fujifilm.”