Under the theme Future-proof your business, Fujifilm Australia will present its range of diverse graphic arts equipment, software and consumables at PacPrint 2013 from May 21 to 25, on stand 1200 of the Melbourne Exhibition Centre, which it shares with Fuji Xerox. With the Jet Press 720 weighing in at around 14 tonnes and the Jet Press 540W at just under 10 tonnes, Fujifilm may well be the heavyweight, supersized champion of the show.

END_OF_DOCUMENT_TOKEN_TO_BE_REPLACED

Fujifilm today announced the commercial availability of its Jet Press 540W digital inkjet web press as of 26 May 2013. Launched as a technology showcase at drupa 2012, the press is targeted at high-quality, short-run digital print such as leaflets and personalised magazines, as well as school textbooks, book printing and newspapers.

END_OF_DOCUMENT_TOKEN_TO_BE_REPLACED 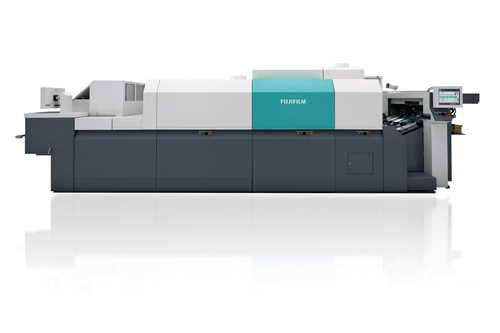 SYDNEY, 4 December 2012.FUJIFILM today announced that orders for two Jet Press 720 digital inkjet presses in Europe have been confirmed. Visionary printers in Austria and France are leading the way with investments in the company’s groundbreaking B2 digital inkjet press. This brings the total sold worldwide to nineteen, following the announcement at drupa 2012 of the first nine machines in Japan, USA and Canada, all achieved within the first twelve months of the commercial availability of the press, and eight further sales in these regions since then.