When acclaimed cinematographer Jim Frater ACS got the job to shoot a major historical documentary for Radiant Entertainment, a shoot that would take six months and cover multiple continents he decided on a different approach to any he’d used before. This time he was going to use new FUJINON MK 18-55mm cinema lenses. 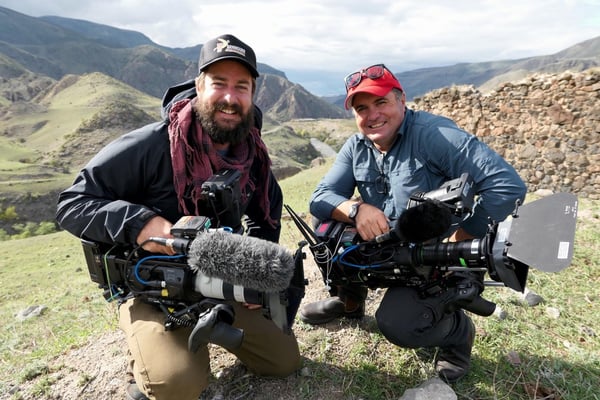 Frater explained, “The main reason for choosing the new FUJINON MK lenses for this series was quite easy – their light weight and excellent functionality. We are spending six months overseas with a lot of flights to exotic destinations and long car rides. With this in mind I knew I needed a small, light zoom lens that wasn’t a still camera zoom lens. I also wanted a lens that could cover most of our demands without having to do a lot of lens changes. The new MK lenses fit the bill perfectly.”

Frater undertook the shoot with B camera operator Ben Berkhous and as the shoot progressed so did their admiration for the new lens.

He continued, “Both Ben and I are loving this lens. We are working really quickly and anything that can save us time and is simple to use is a bonus. The size of the lens and weight, or should I say lack of it is amazing and the 200-degree barrel rotation is just right of single handed focus pulls. It also has an in-built macro option and adjustable back focus. We are shooting with Sony FS 7 Mk II camera so the native E mount is rock solid. The 18mm-55mm range is a great length and we are lucky that we are acquiring in 1080p which means we can centre crop our sensor and the MK lens covers most situations.”

Frater and Berkhous are also often shooting off the shoulder in OB doco situations during the production so the weight of the lens particularly comes into its own then too.

Frater added, “I shoot a lot with the Sony F5 and Canon 17-120mm lens and boy is that thing heavy, especially after 30 minutes on the shoulder. It’s also front heavy, a problem we don’t have with the MK lenses as they are a perfect match with our cameras. We are running a Sony FS 5 camera as back up and for use in tight situations, cars, small rooms and low profile times and the lens goes straight on so we can shoot for longer and our pictures match.”

Frater comes from a television background so he is very familiar with FUJINON ENG lenses. This familiarity is paying dividends with the new MK lenses as he explained, “These new cine lenses are very similar. The fact that they are parafocal and have the macro ability puts them streets ahead of what else is on the market at the moment. I have yet to see anything that comes close. From the first time we mounted them to the camera and saw the results, the decision was made, it was that simple. The image is very pleasing, the lenses are versatile and light and they also match quite well with the Sony G series 70-200mm we are also using. I must also say that while the MK lenses are light they are strong, well made and robust.” 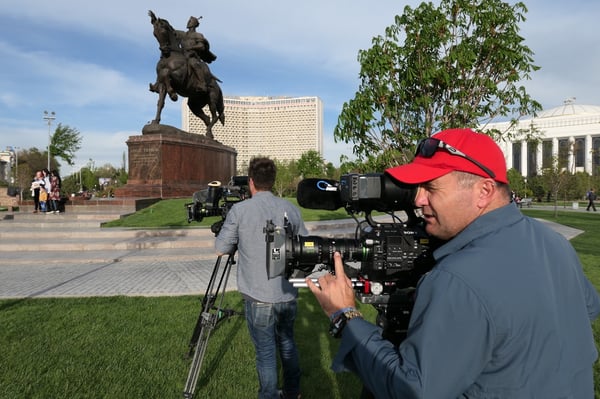 Specialising in documentaries and using equipment in a wide range of situations and conditions as Jim Frater ACS does you need to be able to trust and rely on your gear – a fact not lost on this award winning DOP.

He concluded, “This lens will be with me for along time. I can be quite rough with gear and so can the environment - at the moment we are travelling though Uzbekistan and Georgia before heading to the UK, Germany and Austria. We will end up in some very hostile environments for gear and I want to be able to know I can get what I need. We have already encountered dust storms and extreme heat and the lenses have done amazingly well.”

FUJIFILM Australia Pty Ltd is one of 282 worldwide subsidiaries (as of 31 March 2013) owned by FUJIFILM Holdings Corporation which is the world's largest photographic and imaging company, and one of the best-known and most instantly recognisable global brands. In the Oceania region, Fuji Xerox and FUJIFILM NZ also form part of the corporate family owned by ultimate parent company, FUJIFILM Holdings Corporation.