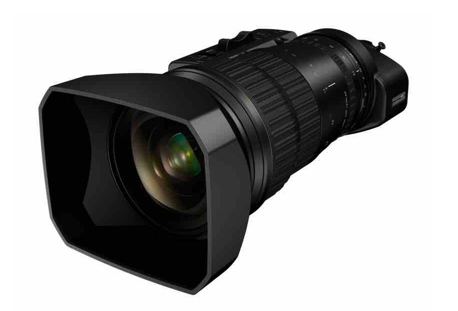 Fujifilm Australia national sales manager for optical devices Simon Becker said, “The response from the market since the launch of this new lens, which was first debuted at NAB 2018 earlier this year, has been excellent. As a result of its high specification and ability to support such a wide variety of video productions with HDR, we have already taken several pre-orders in Australia and have many more in the pipeline.”

The UA46x9.5 covers a focal length from 9.5mm to a high magnification of 437mm, making it the world’s widest angle*2 lens in its class. It is a portable broadcast zoom lens  that enables incredible video to be shot in a wide variety of scenes. Using state-of-the-art optical design technology, it suppresses colour aberrations to the minimum. Also, it realises vivid colour reproduction and high contrast by improving the light transmittance.

Rich tones are reproduced with High Dynamic Range (HDR). Furthermore, it provides a stable and accurate shooting environment due to a newly developed high-performance anti-vibration mechanism and drive unit. This provides a great image in support of creating 4K sports broadcasts, nature documentaries, news coverage and other 4K video applications. In addition, it supports a variety of  production requirements when combined  with an HD broadcast camera.

The introduction of 4K-compatible broadcasting equipment is currently accelerating in sports broadcasts such as soccer and baseball, and the amount of 4K video content is expanding worldwide. Additionally, demand for shooting high quality HDR images, which vividly reflects high contrast, for conventional HD productions is increasing.

Reflecting such growing needs from users, high performance broadcast lenses are increasingly in demand. The new “UA46x9.5” features the world’s highest magnification* zoom ratio in a 4K broadcast portable lens, achieving a 46x zoom. It covers a focal length from 9.5mm to a high magnification of 437mm, making it the world’s widest angle** lens in its class. It supports a wide range of situations, from shooting with the entire background to close-ups of subjects. It also utilises state-of-the-art optical design technology to suppress various aberrations to a minimum. Since it can also be mounted on HD broadcast cameras, higher quality HDR video can be taken while effectively utilising existing broadcast equipment.

Fujifilm is also planning to further expand the lineup of their broadcast portable lenses for 4K video production, with the introduction of the “FUJINON UA46x13.5BERD” scheduled to be released in early 2019. It features the same 46x zoom ratio as the “UA46x9.5” and covers a focal length from 13.5mm to 621mm.

*1 World’s highest magnification  zoom ratio for a  4K broadcast portable zoom lens. As of August 20, 2018, according to Fujifilm research.

*2 World’s widest angle in a 40x or greater broadcast portable zoom lens. As of August 20, 2018, according to Fujifilm research.

FUJIFILM Australia Pty Ltd is one of over 280 worldwide subsidiaries owned by FUJIFILM Holdings Corporation which is the world's largest photographic and imaging company, and one of the best-known and most instantly recognisable global brands.

FUJIFILM Holdings Corporation brings innovative solutions to a broad range of global industries by leveraging its depth of knowledge and fundamental technologies derived from photographic film. Its proprietary core technologies contribute to the fields of healthcare, graphic systems, highly functional materials, optical devices, digital imaging and document products. These products and services are based on its extensive portfolio of chemical, mechanical, optical, electronic and imaging technologies. For the year ended March 31, 2018, the company had global revenues of $23.0 billion, at an exchange rate of 106 yen to the dollar. Fujifilm is committed to responsible environmental stewardship and good corporate citizenship.